Sunday morning the weather cleared and it was a beautiful day to travel the short distance to Kingston, Ontario.  We had heard very good things about it and were anxious to arrive after a day or two weather delay.  The marina had room for us now so that was a positive as well!  We arrived around 11 and had most of the day to explore.   We stayed in the municipal marina right in town.  We got off the boat and walked into the finish line of a triathlon.  We had heard lots about how good the food is in Kingston and had a list of places to try.  We tried Dianne’s Fish Shack & Smokehouse first.  It was right by the marina and smelled great.  Unfortunately it also had a long wait for a late lunch.  So we moved across the street to Wooden Heads Gourmet Pizza.  We each ordered our own fabulous pizza and all were delicious.

Sufficiently full we headed out to walk around a bit.  We wandered up and down the old streets, found where the farmer’s market was held (it was an antique market on Sunday), and found a few stores to browse in.  While in a store we looked outside and it was pouring.  Not a light summer rain.   An absolute downpour.  And both girls had to go to the bathroom of course.  It had gone from hot and sunny to crazy rain.   The girl at the store told us that City Hall across the street had public bathrooms.  We waited for it to lesson slightly and then bolted in the rain, getting completely soaked, to the bathroom.  In typical fashion it had pretty much stopped raining by the time we got back to the boat.

We let things dry out a bit and then headed out again for ice cream.  Everyone in Kingston had ice cream it seemed.  Everywhere we turned another cone or big dish walking past.  We popped into the gelato place right by the marina first but opted for marble slab instead.  The kids were amazed at picking all the toppings to mix into their ice cream.  Apparently it’s been awhile since we went in Chicago!  We wandered around and people watched a bit and then headed back to the boat.  We’d had ice cream at 5:30 PM such that dinner didn’t really happen.

Monday was supposed to be heavy rains on and off with sunshine mixed into the day.  But as usual we got up and the forecast had totally changed, now showing a pretty decent day.  We wanted to tour the penitentiary but tickets for Monday were sold out.  We thought about the fort but got lazy and ended up just wandering around.  First stop was the Pan Chancho bakery.  This was a must stop recommendation from many people and it did not disappoint.  The chocolate croissants were fabulous.  I wish we’d had more meals for which we needed food because all of their prepared foods looked amazing as well. 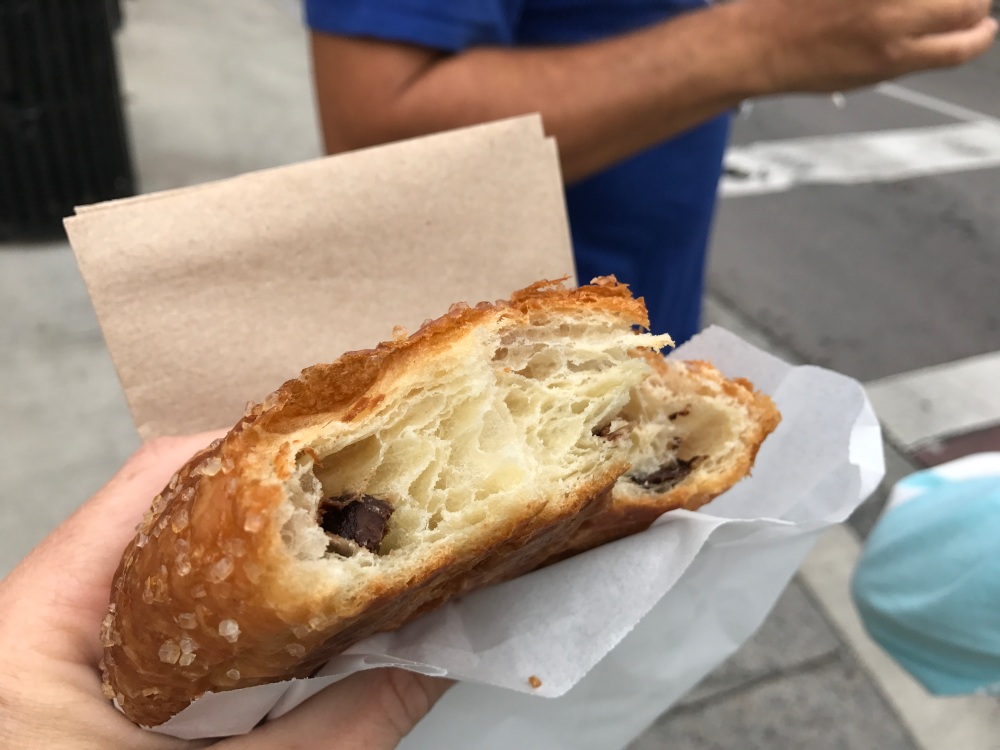 After breakfast we walked over to the other marina, stopped in the grocery store and a few more shops.  We then headed the other direction and walked along the waterfront.  Kingston is called “Limestone City” and you can see why in looking at all of the old houses.  The streets were beautiful to wander up and down.  We wandered into a beautiful park and found a playground for the girls.  After playing for awhile they found a tree to climb as we were heading to lunch. 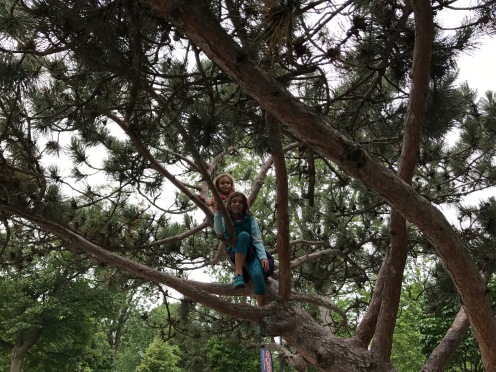 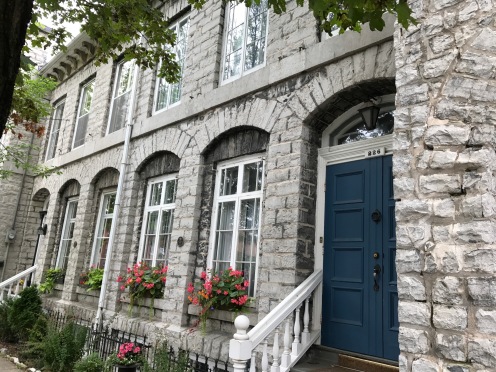 We made it back to Dianne’s Monday for lunch.  It’s a mostly fancy taco menu with good smoked meats and fishes.  I had three tacos – cauliflower, fish and smoked chicken.  Ben and Molly also tried the brisket tacos.  Another great stop if you are in Kingston.

The park right at the marina has a big train on display and the gift shop and visitor center are in an old train station, both across from City Hall.  There’s also a LARGE Kingston sign where it seems to be the thing to stand in as the “i” and get your picture taken.  So we did…  There are also pay phone booths all over Canada.  Our girls of course had no idea what a pay phone was so we had them climb in the booth and I explained that’s how I used to call my parents for a ride home from the mall when I was a kid.  Crazy talk huh? 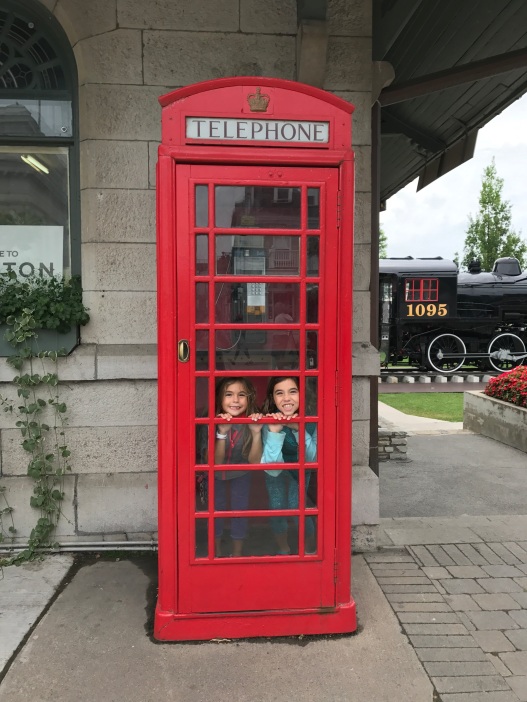 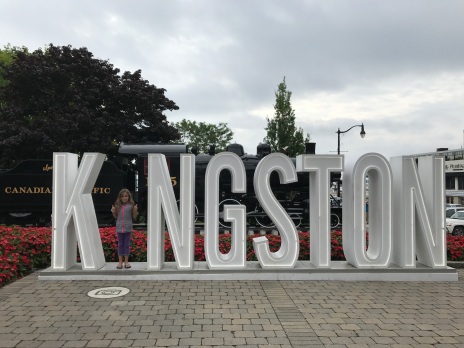 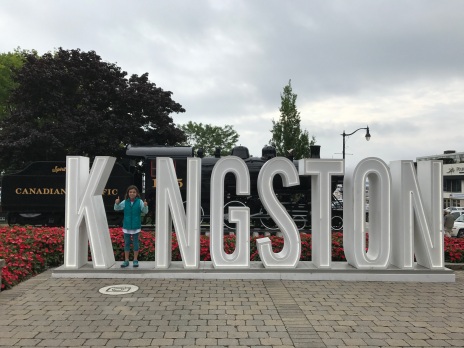 Ben discovered there was a Costco in Kingston.  We usually rent a car and stock up on things when we need them.  We hadn’t been to a Costco since before Molly’s birthday in June.  So, we hopped in a cab trying to beat the rain and headed that way.  The rain continued to hold off and we got back to the boat nice and dry.  The girls and I headed back out to marble slab again for more ice cream!  We’ve eaten ice cream just about every single day in Canada.  It may get to be a problem.

Tuesday morning we headed to the farmer’s market behind City Hall.  We picked up a variety of local Canadian items including really great jam and some maple syrup and maple butter as well as some gifts for my niece’s and father in law’s birthdays.  We also loaded up on fresh peaches, green beans and tomatoes.  We left Kingston late morning and headed halfway to Trenton, stopping in Picton for the night.  We anchored in a beautiful spot with one other sailboat and had a quiet and peaceful evening.